Perfect plan in San Sebastian: eat at a real cider house in the city center 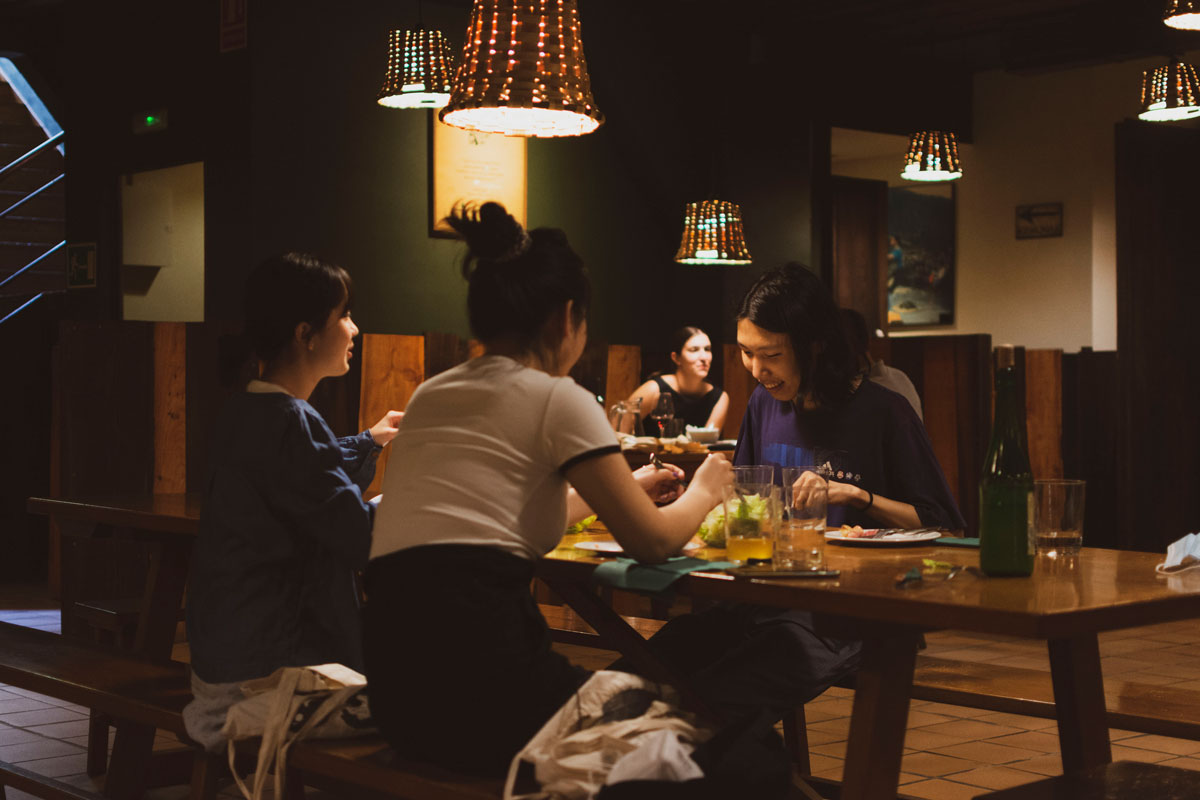 In Txirrita Sagardotegia you can live the complete experience of a traditional Basque cider house menu, and one step away from La Concha beach. In addition, you will find the best ciders in Gipuzkoa!

With your friends, you can taste the menu’s specialties, where the txuleta is the star. Eating in a Basque Country cider house is one of the best foodie experiences and, if you also have it in the heart of San Sebastián, there are no excuses.

Six are the varieties of cider from Gipuzkoa that can be tasted in Txirrita, from the best producers in the area.

Let’s go on to detail the menu:

We start with the classic appetizer that includes txistorra, zurrukutuna (a soup based on cod and garlic) and bacon.

Cod is very present in local gastronomy, and this omelette is a first dish that stands out. It is made with poached onion and chilli, and it is a delicacy that you will not forget.

Then came the kokotxas (in spanish cocochas). It is the lower part of the chin of some fish such as hake or cod, extremely juicy and typical of here, which can be cooked in different ways. These were cooked in tempura and were a bomb.

Again the cod is noted. They present it fried, with an accompaniment of green peppers and two delicious sauces typical of Basque cuisine: Biscayan sauce and pil pil. The first, made from the pulp of choriceros peppers

The second, an emulsion that is obtained with the juices and gelatin released by the cod and an olive oil flavored with garlic and chilli.

The star, the txuleta

We come to the main dish of Gipuzkoan cuisine, the txuleta (or cutlet in Spanish). It is the meat located above the ribs of the cow and is cut with the part of rib that accompanies it. Its preparation is roasted on the charcoal grill and its cooking is minimal, with the interior almost raw.

It is presented cut into pieces, with a salad of local lettuce and chives, a light accompaniment that does not overshadow the star of the menu.

Now yes, we give way to desserts, and if there is a traditional cheese from the Basque country it is the idiazabal cheese. A cheese made from sheep’s milk and served with apple quince.

To finish, the tiles and cigarettes are added, some traditional sweet biscuits from Tolosa, which are accompanied with goat cheese ice cream and intxaursaltsa, a cream of walnuts.

What are you waiting to try a complete cider menu with friends? Take a look also to the vegan menu